The School of School of Health was created by decree in 1973. In 1979, its setting up committee was inaugurated, and it was installed in Lordelo, next to Vila Real Hospital. In 2004, maintaining its polytechnic nature, it was integrated into UTAD and, later, it started to share the Polo II bulding of ECVA, where it is still based.

The School’s activity focuses on teaching and research into nursing, at both at undergraduate and master’s levels (in nursing, community nursing, family health nursing, and nursing in critical situations).

The School also responds to many requests of a community nature. Being recognited its civic participation, through its students and teachers, in the processes of developing individual and collective health projects, one of its distinctive marks in the local context. 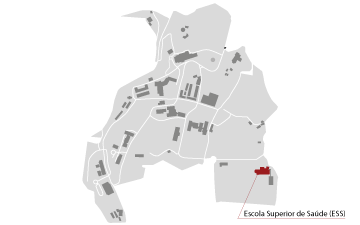